The four shotguns in this row on 8th Street between Avenues L and M were all built by African American carpenter Isaiah Abrams. The three hip-roofed houses were built sometime between 1913 (when Mr. Abrams purchased the lots) and 1922 (when they showed up on the Sanborn Fire Insurance Map). The gable-roofed shotgun is of a later date. This picture from the Florida Memory Project, State Library & Archives of Florida, was taken in 1967. At that time, these houses were lived in by African Americans who worked at a local crab cannery. Earlier, these were the homes of saw mill workers. 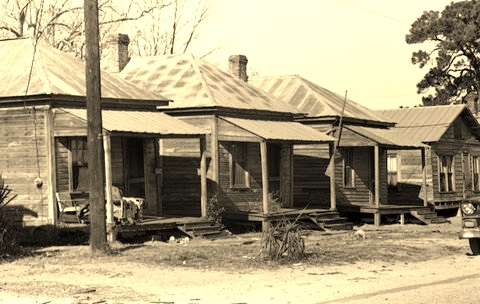