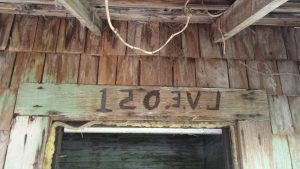 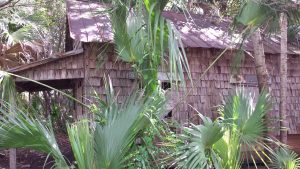 This shotgun at 120 Avenue L is said to be over one hundred years old. It is now very deteriorated and hidden behind the trees that have grown up around it. In the 1960s, Martha Francis, Johnny Red's wife, lived here. Johnny lived in the still-standing-but-unoccupied-house on this same lot which he shared with their ten children. A large chicken coop stood between the two homes. Locals have colorful stories to tell bout Martha whose house was called a "bootleg house," a place where Georgia moonshine and after-hours booze were available. To supplement that income, Martha also ran numbers. She could often be seen sitting on her front porch, sitting in her rocking chair, dipping into snuff.